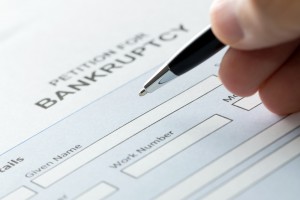 In a sign that could further suggest the economy is indeed in better shape, the American Bankruptcy Institute recently reported that bankruptcy filings totaled 629,570 during January to September of this year.  These numbers represent a decrease of just over ten percent when compared to the 705,728 filings of 2014.

What’s causing the significant drops in bankruptcy filings?  A lot of it may have to do with persistently low-interest rates and the steep costs that are involved with filing for bankruptcy.  These two factors may be driving households to reconsider their decision.  If the trend continues, this will be the second lowest total of filings since new bankruptcy laws were implemented a decade ago.

Looking at commercial bankruptcy filings between the same nine-month period, these decreased by over fifteen percent to 22,388 from 26,924 from 2014.  As for Chapter 11 bankruptcy filings, these also fell to 4,091 which is a tiny one percent decrease from 4,142.

Looking specifically at the month of September, the American Bankruptcy Institute reports that total bankruptcy filings decreased by a little over eight percent compared to 73,352 filings in September 2014.