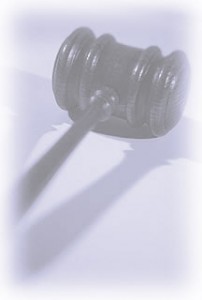 It used to be that you could not strip a second mortgage in a Chapter 7 Bankruptcy. However, in May of 2012, the appeals court in the 11th Circuit Court for Florida, Georgia and Alabama, ruled that a debtor may strip off a wholly unsecured mortgage or secured lien.  In other words, if the payoff of the first mortgage on your home is more than the value of the home, then the second mortgage may be stripped.

The decision was rendered in a case titled: In re: McNeal.    This is a significant departure from the case law that limits lien stripping to Chapter 13 proceedings.  McNeal is controversial and our firm is reluctant to use the case until the judges in our district issue opinions that further interpret the case.    It is important to understand the long-term effect of the case.   If a lien is stripped using McNeal, and the case is later overturned, or interpreted differently by our judges, it could turn out years later that the lien strip of a second mortgage was improper, and thus ineffective.   This is very serious for a debtor seeking to remove a second mortgage.

As a side note, the entire 11th Circuit Court is reviewing the McNeal opinion.   Upon issuance of the opinion, we will provide an updated review of the opinion.