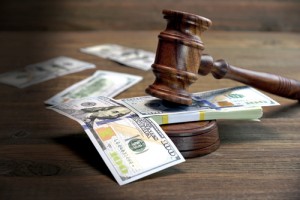 Fraud is not something all that unusual in bankruptcy filings as many people do try and defraud their creditors.  Since the fresh start of bankruptcy isn’t available in such a scenario, the question then becomes: how is fraud defined?  An upcoming Supreme Court case will be evaluating that very question.

Current bankruptcy laws state that debtors who owe money obtained under “false pretenses”, “false representation” or “actual fraud” are still liable for their debts.  While these terms seem fairly self explanatory, appeals courts are actually having trouble figuring out how to interpret them.  One circuit, for example, interpreted “actual fraud” as when a debtor obtains money through a scheme with intentions of scheming creditors. Another appellate court, however, ruled that it is not “actual fraud” unless a debtor is genuinely lying to a creditor.  It will now be up to the Supreme Court to figure out these narrow and broad definitions and determine when debts can be erased or if they need to be dealt with in bankruptcy.