Another Year of Bankruptcy Declines 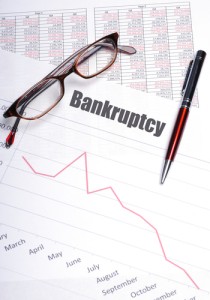 We have some good news to report in regards to bankruptcy today.  Bankruptcy filings saw another consecutive year of decreases, dropping by just over eleven percent compared to January 2015.  The consecutive decline represents the fifth straight year that filings have been on a downward trend since 2011 when the record total was 201,838 filings.  The declines represent a sharp drop of almost fifty percent.

The state of Florida came in fourth in the total amount of bankruptcy filings with 3,439, well behind California which reported the most at just over 5,000 filings.  Tennessee came in sixth place in the total number of cumulative bankruptcies in the nation.  The states with the lowest cumulative bankruptcies in January were from Alaska which came in at number one followed by the District of Columbia, Vermont, North Dakota, and Montana, representing the top five lowest.

Despite the declines, there were a couple of states that did report considerable increases in year over year bankruptcies.  Despite the small size of Delaware, the state saw a sharp increase of nearly 55 percent compared to January 2015 with 238 bankruptcies.  Other states that saw increases include Wyoming, New York, and Connecticut, though these increases were not quite as high, all of them being less than twenty percent.