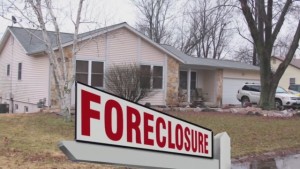 Since being disproportionately impacted by the housing bust in 2007, Florida has come a very long way – both its world famous real estate market and its overall economy have made considerable strides. But much work remains to be done, especially in the area of so-called “zombie foreclosures”, foreclosed properties that have been abandoned by the previous owners.

According to a News 4 report from Jacksonville:

Florida had almost 36,000 pending “zombie” foreclosures at the end of last month, about a 35 percent decrease from a year ago, according to the report from the research firm, RealtyTrac. Other states with high “zombie” foreclosures were New Jersey, New York, Illinois, California, Ohio, Indiana, Pennsylvania, Maryland and North Carolina.

“Zombie” foreclosures accounted for about a quarter of all foreclosures in Florida. Often times, “zombie” foreclosures create problems for the banks that are in possession of the properties and are trying to sell them. Homes are sometimes damaged, lawn is overgrown and utilities may have been turned off for months, if not years.

To be sure, there is a silver lining to all this. Aside from the aforementioned decline in this trend, signified by Florida’s increasingly bullish market, zombie foreclosures are actually a mark of progress – they reflect efforts of banks and courts in moving forward to resolve the limbo of foreclosure.

This development shows just how long and onerous the foreclosure process can be, especially in Florida, which has the third-longest process in the nation. This makes the expertise of Fort Lauderdale Bankruptcy Attorney more vital than ever. With an experienced Fort Lauderdale Bankruptcy Lawyer by your side, this difficult issue will be far more painless and efficient.